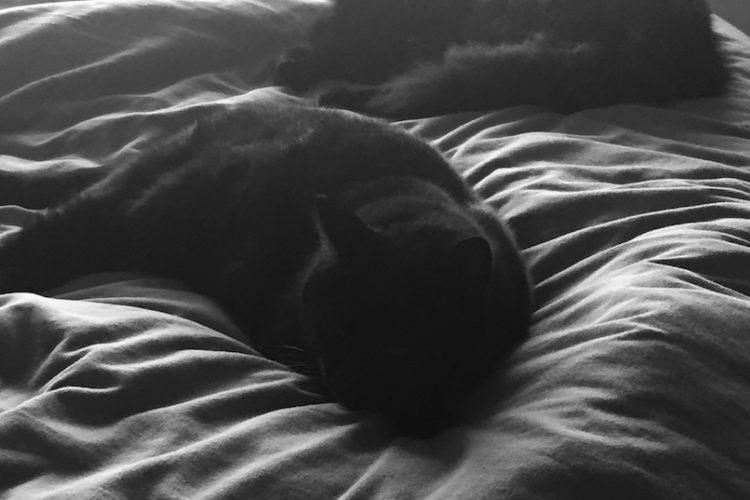 Although I’m Canadian I’m lucky enough to live next door to Americans, and was able to feast at their excellent Thanksgiving dinner last night. I was moving a little slowly this morning because I did feast. Fully.

The black cats I live with came and went in the night, sniffing my turkey breath and showering me with their passive aggressive love. Cuddling up to my feet but doing it from the very middle of the bed. Standing on top of my chest and staring down with adulation or… brattiness? One has been giving me the experience of a weighted blanket lately, lying balanced on top of my ribs as I lie on my side. I actually quite like it, and she usually gives up before it gets too much as she seems to think I’m a bit of a rocky boat.

The fuzzy one did her trick of breaking out of a you’d-swear-it-was-properly-clicked-shut front door. She does this over and over again even though I storm and rage each time. I’ve tried pleas. Threats. Cayenne. It’s her thing. When she does it early in the morning it involves me jumping out of bed and running squawking towards the door. If it’s early enough in her process she gives up, flattens herself and streaks upstairs in shock at my rant, apparently contrite at the troubles until five minutes later when she’s happy to try again. If it’s late enough that she’s escaped outside she positions herself far enough away that I can’t get her without time to bolt, but close enough that I can clearly see her expression. An I’m not sure what you’re so snippy about, I’m clearly not doing anything wrong expression.

Now, if I sound heartless and like I’m failing to see how much she wants to be outside on these cool days I should detail what she quickly does with this freedom: Runs around to the side porch where she stares in the door sadly, mewing plaintively and wondering why I’m so heartless as to leave her out in the cold. Yep.

After a bit of this sort of cat stuff, I eventually gave up trying to get back to sleep and pushed myself out of bed and into clothes to go and take the garbage and recycling out. Saw that the ravens had tossed the garbage cans of someone down the street. Rotters. They seem to pick on that family a lot. Once they investigate someone’s garbage in more than a passing way they add them to their list and keep coming back. Shudder.

Being that the feast was making me feel sleepy and lazy I may have crawled back into bed after the garbage trip. Let a cat warm up my feet. Until I heard an odd tapping noise and looked out to see a huge raven perched on the top side of my open garbage can, lid pried off and flung away, happily reaching in to see what delights were inside. He was pulling things out and tossing them to the side, looking for the best goodies. Man those birds are huge. I of course ran out the door and down the steep driveway in bare feet, chasing him away. This makes me nervous because ravens are smart and they remember who ticks them off. Usually I have a very good relationship with them and I hoped this history might buy me some forgiveness. I’m not sure what I have to offer to a raven in terms of apology if I really do reject them digging through my garbage. It’s not even the digging that’s the worst. It’s the strewing. Ravens are such good strewers.

I packed the rejected items back into the garbage can, saw that the prying off of lids had left said lid not quite as easy to snap back on. Gave it my best shot, prayed the garbage truck would come soon, and trudged back up in my bare feet. Avoided the eye of a passing neighbour as I think that’s what’s best before a certain time, especially when retrieving one’s garbage from the street.

These animal interruptions brought out a bratty mood in me so I stubbornly crawled back into bed. So there, ravens and cats. This will show you!

Give it a good fifteen minutes or so, just long enough for me to settle into a bit of a triumphant mindset, when I hear another sound outside. A peek out the window affirmed it was the sound of a garbage can lid gleefully… yes gleefully, I am sure of it… yanked off and lobbed onto the ground. Mr. Raven was again sitting hanging on the top of the can, jauntily reaching down inside and picking out the same bits as earlier.

You know what I did. Still bare feet. Slightly louder squawking. Possibly a hand clap. The raven hesitated a bit longer. He feels he has my number, I fear. But he did fly off, heading up the street then turning and doing a fly past. Cheeky thing. Again, ticking off a raven is not a good thing! This battle I was in was not wise.

After again returning the bits to the can and replacing the lid I re-trudged up the driveway, selected a big piece of wood from the woodpile, re-trudged down and put it on top of the closed can. Headed up the (have I said quite steep?) driveway again on frozen toes. This time I wasn’t even to the top when my friend was back down by the can. Cheeky, cheeky sod. They’re such smart birds I’m sure it was just eager to see this newest escalation on my part and get to figuring out how to fix it. This time I full on yelled and clapped and showed complete indignation at its presence. It cocked its head at me for a second, in a way I know I’ll come to remember and regret, and took off and I have to say that the wood worked. I mean my raven friend still won because I was a jumpy mess inside, listening for ever little tap outside and peeking out the window constantly, but he did not get my precious garbage breakfast he’d so hoped for. I am clearly victorious in that area.

But you know, as I write this at my desk I’m looking down towards the water and he’s sitting there in a tree, staring back. Sigh. I fear it’s game on.

Oh, my last animal is the sweetest. A new puppy on the street and I got to see it walking both directions with its new family. Surely a nice contrast to the surly characters I’ve been dealing with so far today.

Related Articles
Critters to eat, hang out with, and stitch
Little dogs and cats
A nestful of new Pippin designs

One thought to “An animal morning” 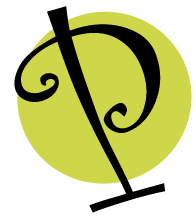 Pippin is the creation of designer Jennifer Tan. She loves colour and hopes that stitching and looking at her designs make you feel playful and full of life! www.pippinstudio.com 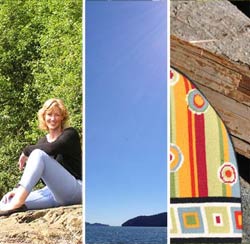